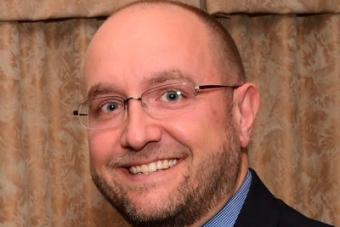 A statement from Delaware Democratic Party Chairman Erik Raser-Schramm:
Anti-Semitism and homophobia are reprehensible and have no place in American society, let alone our political discourse. The GOP leaders who have made appalling statements in recent days have no business in Party leadership and should resign or be removed.
What is nearly as troubling as the statements themselves, though, is the degree to which they have highlighted the things that people at the highest levels of the Republican Party of Delaware, will, in fact, condone.
GOP Chairwoman Jane Brady's tepid initial response, which completely ignored the specifics and severity of the comments and failed to call for resignations (or any accountability measures for that matter), is beyond disappointing, particularly at a time when deadly violence targeting Jewish Americans is spiking across the country and protections for LGBTQ+ Americans are being rolled back by the White House.
And while the handful of Republican officials who did condemn the attacks in stronger terms should be commended for doing so, they should not be held up as profiles in courage when they've failed to find their voice so many times before.
For three years while President Trump has spewed similarly vile and divisive rhetoric, they've been silent.
While white nationalists like Steve Bannon and Stephen Miller have been vital cogs in the President's inner circle, they've been silent.
When their own Republican colleague in the General Assembly went on an Islamophobic tirade from the floor of the Senate, they couldn't muster a word.
Perhaps it's taken the arrival of an election year for the most vulnerable members of the Delaware GOP to get up the courage to break their silence. For the Delawareans who are tired of hearing they are lesser because of the color of their skin, their sexual orientation, or how they pray, that is far too late.